Sometimes thoughts come out of my mouth that cause me to get a funny look from my work colleagues. A few months ago an event occurred that made that statement no exception.

For a few weeks, I had been trying to arrange a meeting with a new point of contact (POC) with one of my military clients in Washington D.C.  Major Sean McEwen was the new Director for the US Army Soldier for Life Program and was part of the leadership team heading the Army’s efforts to create “Soldiers for Life”.  This effort focuses on improving Soldiers opportunities to gain credentials, career skills, internships, and education as they transition out of the Army.

Due to changing schedules and multiple conflicts, the Major and I had to modify our meeting a variety of times. It was clearly becoming apparent that I might not get to meet him in person while I was in our nation’s capital.

As we were going back and forth on email, I suggested a few times that could work for me; but as an almost afterthought, I also suggested that we “can meet at 05 to do PT” (And for those that aren’t familiar with that term that is “5am to workout”).   I subsequently shared that I have made this offer multiple times over the last ten years and only one other (Army) client had ever taken me up on it.  That is all it took, Major McEwen was in.

And this is where my fellow colleagues at Pearson chimed in and called me insane.

Major McEwen and I shared what color shirts we were wearing, as we had never met in person, and agreed to meet on a dark corner at 5am in Alexandra, VA to run along the Potomac river.

I do have to admit though, I immediately knew I was in trouble when I saw Major McEwen.  He was about 3 inches taller than I am (I am 6’ 1”) and about 20 years younger (let’s just say I might be over 50).  I shared with the Major that I had been doing CrossFit for six years and that while I consider myself in great shape, one of the main reasons people (like me) do CrossFit is so they don’t have to run.  He was not having any of that and said let’s go do 3.5 miles and see how we feel. I was just hoping that I did not die.

The Major ran at a solid pace.  I could certainly keep up, but it was hard (for me, not him) to keep up and talk at the same time.

The good news is that I didn’t die.  We finished strong and only got almost run over by a cyclist once. The 2nd bit of good news is what Major McEwen posted on his LinkedIn profile:

I had my first professional “work out” meeting yesterday. This is typical in the #Army, but my first time while at US Army Soldier for Life with somebody not in the military.

In a 45-minute jog along the Potomac river I was able to learn more than in any other 45-minute meeting I’ve had in the past year. I think this will be a new practice for me, inviting professional contacts out for some PT. It won’t be for everybody, and I’ll surely get a lot of laughs or “no thanks”, but something I think is worth trying a little more often. If nothing else, it gives me an opportunity to share our military culture with someone that may have never had that opportunity.

I didn’t plan it that way, but we were able to talk about work, and get to know one another in an environment that was extremely informal and easy to communicate in.

As we were saying our goodbyes, Major McEwen suggested I follow up with another member of his team to see how we can further support the Army’s efforts.  When I later called Major McEwen’s colleague, and shared how the Major and I had PT, the Major’s colleague said, without hesitation: “I am so in; when can we do PT?” 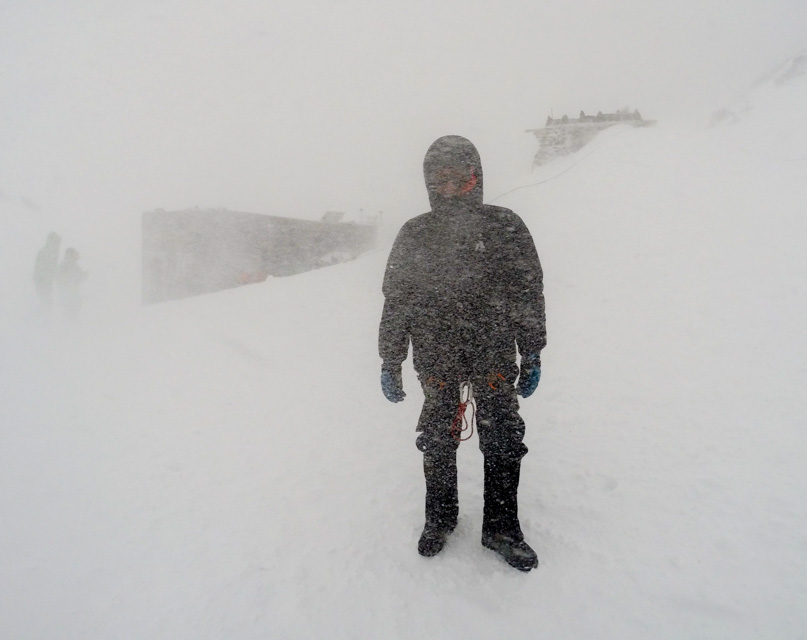 3 kids, 2 dogs and a picket fence. What more could I ask for?